The Discovery of the Bann Disc

Our annual journal the Bann Disc , which the Society is very proud of, takes its name from a beautiful golden bronze disc dredged from the River Bann, near Loughan Island, in 1939.

Eight years earlier, in May 1930, the Government of Northern Ireland had commenced work on a great drainage scheme, intended to alleviate the ruinous seasonal flooding of low-lying lands around Lough Neagh and along the River Bann.  As dredging during previous schemes had thrown up many bronze and flint objects, representations were made to the Government and  the men working for the contractors, the James Dredging, Towing and Transport Company of Southampton, found themselves accompanied by archaeologists keeping a close watch for finds. 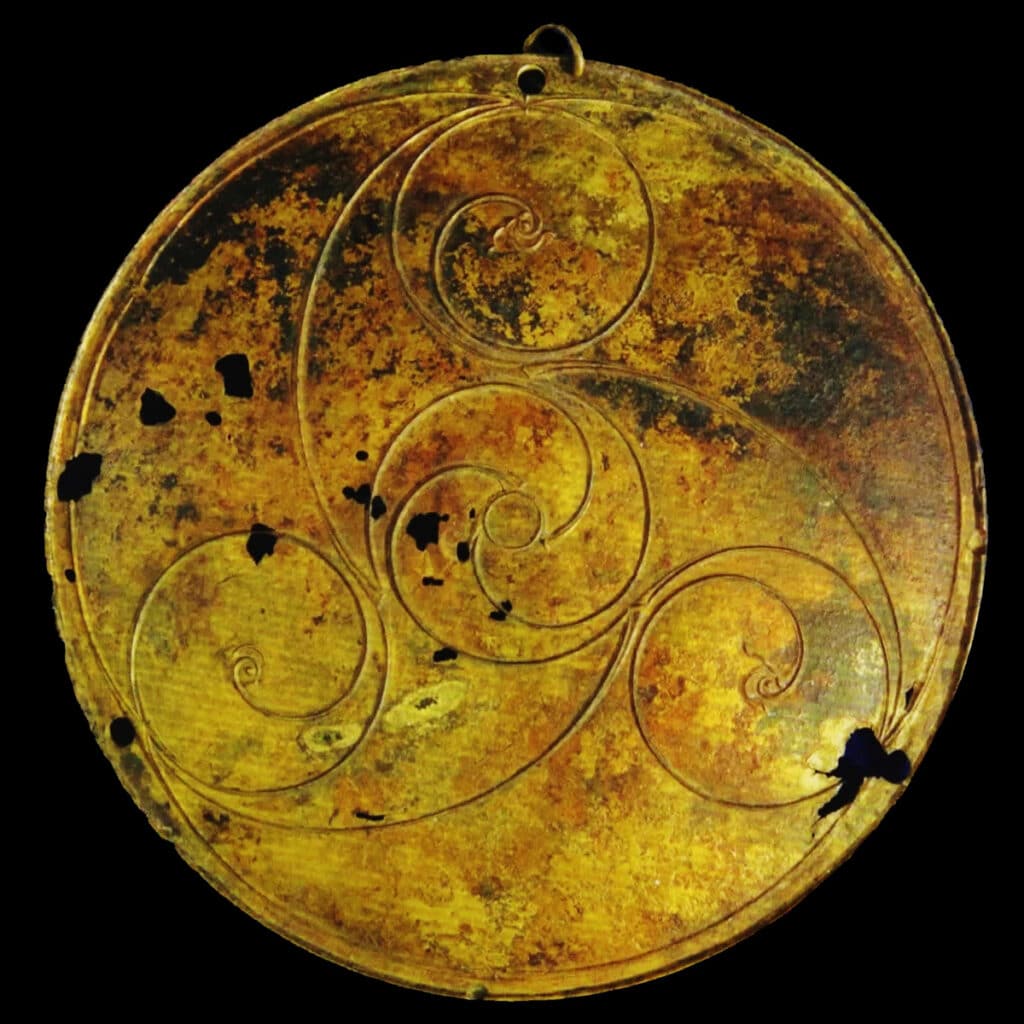 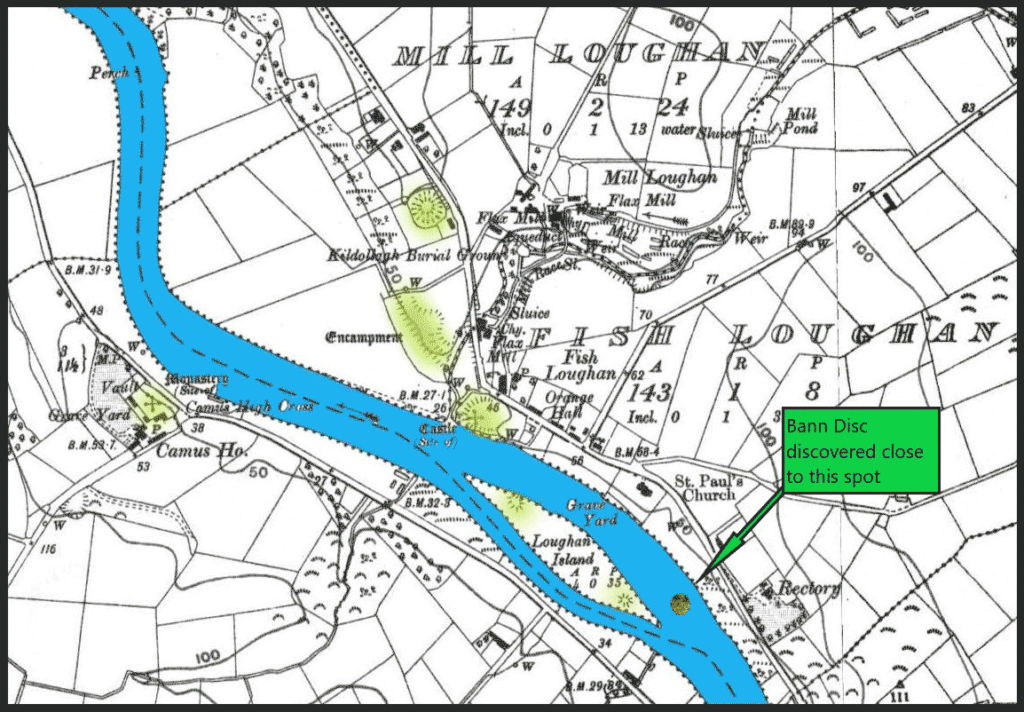 It was in March 1939, as dredging was taking place on the east bank of the river near Loughan Island and just above Loughan Graveyard, that the famous Disc was discovered.

Slightly convex and measuring just 10.6 cm in diameter, the Bann Disc is extremely thin and fragile though round the edge it is strengthened by the addition of a raised rim.  The dredging operations consisted of both traditional dredging by bucket and by pumping whereby softer deposits were deposited on adjoining lands in the form of a slurry.  The Irish Naturalist`s Journal in July 1932 described how some previous objects uncovered had been `much injured by the dredger bucket`.  So, it was only by the greatest good fortune that not only was the disc discovered but having lain buried in the accumulated mud and silt for perhaps 2,000 years, it emerged relatively unscathed.

Its delicate and attractive decoration is very well executed and of a type known as La Tène.  The swirling pattern of three cojoined scroll-like lines are thought to represent stylised bird heads.  The Disc has been described as one of the finest examples of metalwork surviving from the Irish Iron Age .  After it`s discovery, the Disc became the property of the Ministry of Finance before being given to the Belfast Municipal Museum and Art Gallery, now the Ulster Museum where it  is currently on display.

This website uses cookies to improve your experience while you navigate through the website. Out of these, the cookies that are categorized as necessary are stored on your browser as they are essential for the working of basic functionalities of the website. We also use third-party cookies that help us analyze and understand how you use this website. These cookies will be stored in your browser only with your consent. You also have the option to opt-out of these cookies. But opting out of some of these cookies may affect your browsing experience.
Necessary Always Enabled
Necessary cookies are absolutely essential for the website to function properly. This category only includes cookies that ensures basic functionalities and security features of the website. These cookies do not store any personal information.
Non-necessary
Any cookies that may not be particularly necessary for the website to function and is used specifically to collect user personal data via analytics, ads, other embedded contents are termed as non-necessary cookies. It is mandatory to procure user consent prior to running these cookies on your website.
SAVE & ACCEPT
Scroll to Top